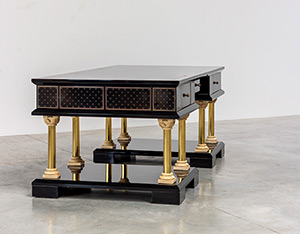 Desk or writing table, black lacquered wooden structure. Circa 1986. This desk is a real eye catcher that also could be used as console. Three drawers in front with brass handles. The top structure is raised on eight brass columns with ceramic ornaments on both ends. Standing on two black lacquered feet. 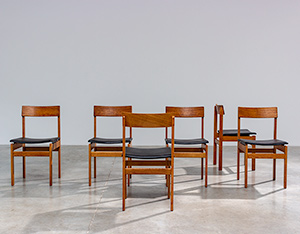 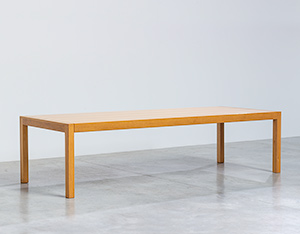 Modernist and functional dining table designed by Studio Van Den Berghe Pauvers. This extra long version was made on request and is one of a kind. Can easily seats 10 or 12 people. Frame executed in light solid oak and has created a beautiful patina trough the years. 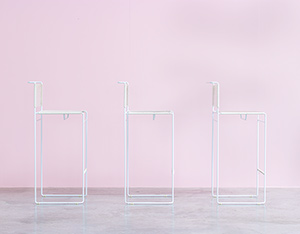 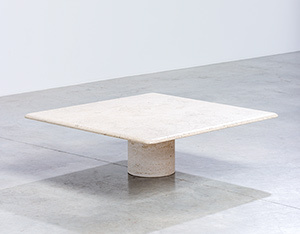 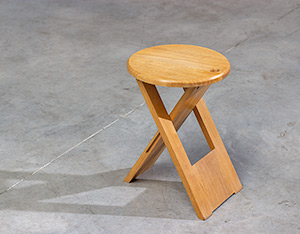 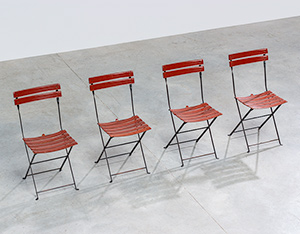 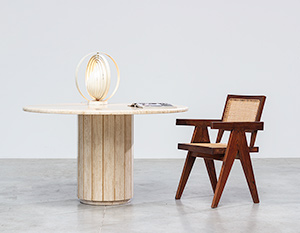 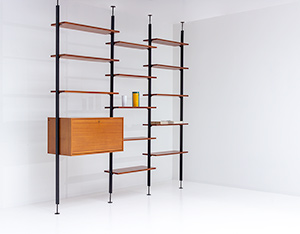 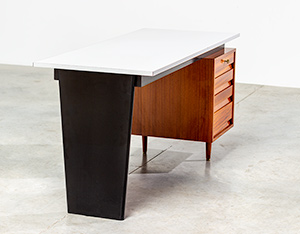 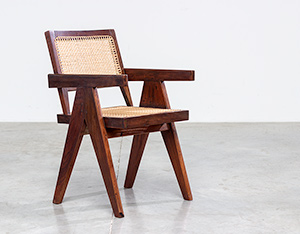 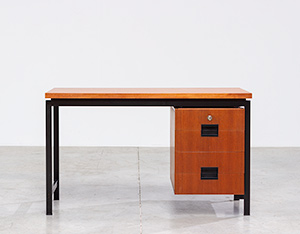 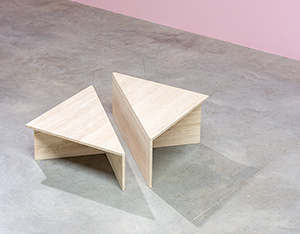 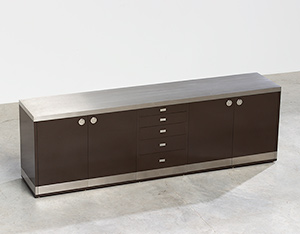 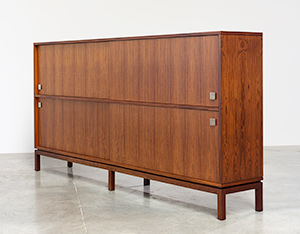 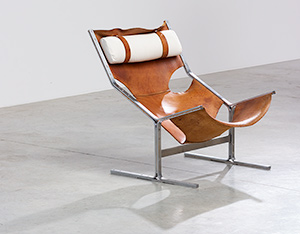