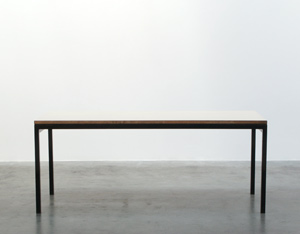 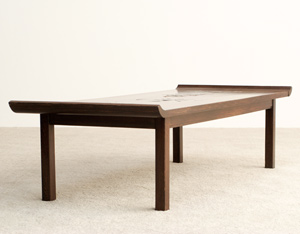 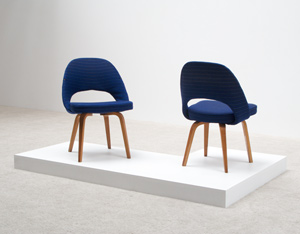 Eero Saarinen side chairs (2) Model 72 ULB for Knoll De Coene, 1955. Plywood legs and original fabric upholstery. Each chair has a label underneath. 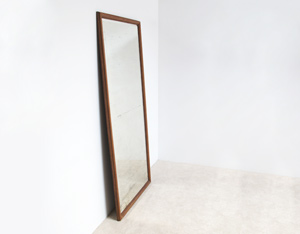 Large mirror with the original mercury mirror and oak classic frame, would fit in the entrance of your home or in the living room to give the impression of greater space. 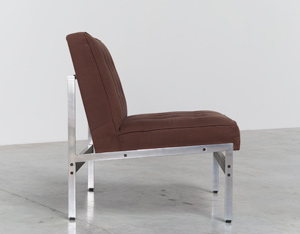 Lounge chair model nr. 020 designed by Kho Liang le for Artifort, 1958. Frame is crafted from chromed steel. The 020 sofa series has been presented as the new design philosophy in 1958 for Artifort. 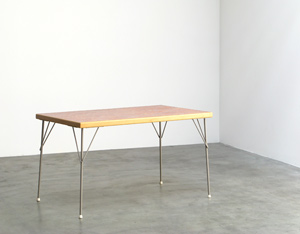 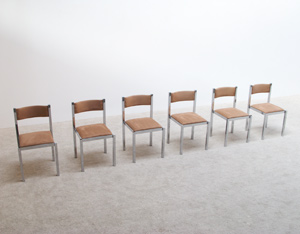 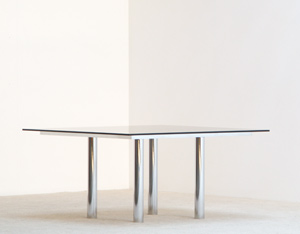 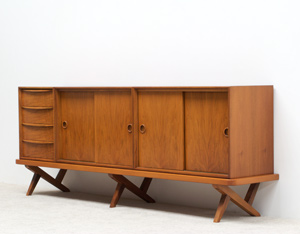 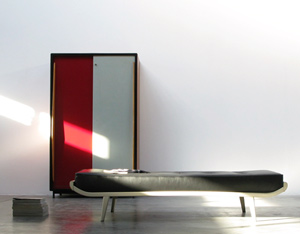 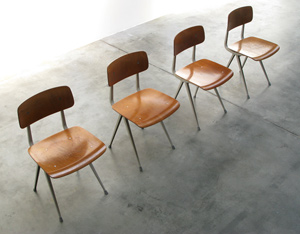 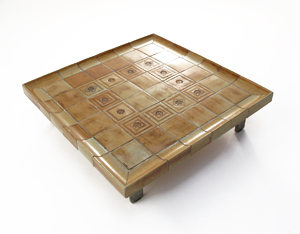 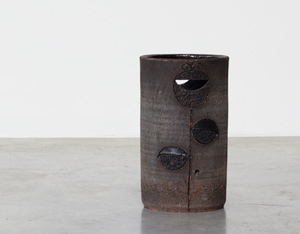 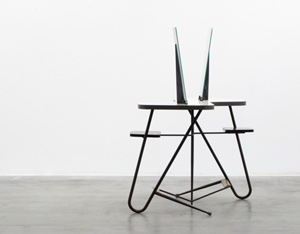 Dressing table or make-up table by ARP Atelier de Recherche Plastique. (JP Andre Motte - Michel Mortier - Pierre Guariche) only existed for 3 years. Their purpose was to make low-cos modern interiors suited for everybody. Made of metal tube structure with formica on on top of the wooden platform and two original mercury mirrors. 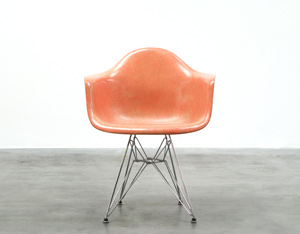 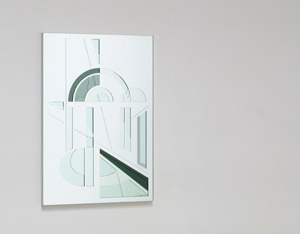